Why Invest in Cleveland? 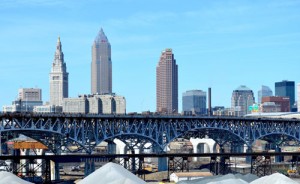 There’s not just one reason, there are many!  For starters, Northeast Ohio has a booming population of 4.5 million people – a mere reflection of the magnetic attraction and dynamic growth this region has been experiencing over the past decade.  No longer the city of yesteryear, the Cleveland area now possesses a thriving and diverse economic workforce, a rich cultural backdrop, and high quality neighborhoods that are generating 10-15% or more on rental returns.

This regional success can be attributed to the many businesses and investors who are seeing the favorable odds of planting and growing in Cleveland.  In fact, we are already the headquarters to 10 Fortune 500 companies, the likes of which include Goodyear, First Energy, Sherwin Williams, and Progressive Insurance.  Not to mention, a healthy and growing industrial sector, including companies such as Ford, Arcola Aluminum Company, General Steel Corporation and ArcelaorMittal, all adding over thousands of jobs to the Cleveland workforce.

Cleveland also possesses a world-renowned medical field, as well as the fastest growing healthcare economy in the United States.  We are proudly the home to the Cleveland Clinic and University Hospital, both of which boast numerous campuses and record growth rates.  As of 2013, we are also the home to the Global Center for Health and Innovation, the world’s first and only facility that displays the future of health and healthcare.

When it comes to higher learning, we also have over 25 universities and colleges in the Cleveland region, including Cleveland State University, Case Western, Baldwin Wallace, John Carroll and various others. This educational environment is attracting academics of all age groups and backgrounds from around the globe.

Perhaps one of Cleveland’s best-kept secrets, though, is its massive metro parks systems, spanning over 21,000 acres and including hundreds of miles of walking, bicycle and horse trails.  It is, in fact, one of the largest and most beautiful nature preserve systems in the nation.  The city also bears the world’s largest metropolitan lakefront that kisses the beautiful shores of Lake Erie.

Last, but not least, Cleveland is also home to a wide array of arts and entertainment.  While many may know that we are home to three major sports teams, we are also home to the second largest live theater district in the United States (second only to NYC).  Cleveland manifests arts and culture for miles thanks to our industrial forefathers who gave us spectacular museums such as the Great Lakes Science Center and the Cleveland Museum of Art, as well as cultural institutes like Severance Hall and the West Side Market.

Needless to say, Cleveland, Ohio, is a place that may surprise you and it is ripe with opportunity for investment!  If you’d like to know more about this great city, or to learn about available investment opportunities that suit you, contact me today! 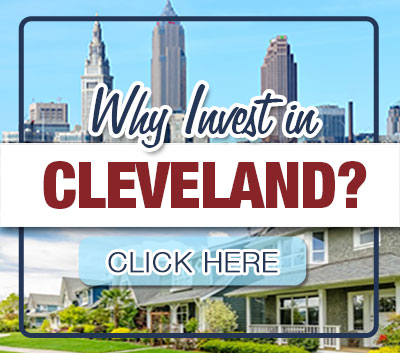 Get Wholesale Deals Right In Your Inbox